Learn about future events by checking back here or signing up to receive our updates. 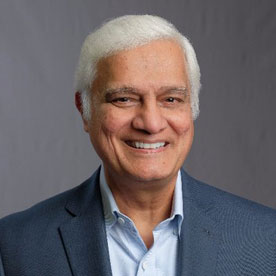 Friday, February 28 at 6:30 pm
City Center
an Indian born Canadian American Christian apologist who dedicated his life to “leave no stone unturned in the pursuit of truth”

Ravi Zacharias is an Indian born Canadian American Christian apologist. As a skeptical 17-year-old, Ravi heard the words of Jesus in John 14:19, “Because I live, you also will live,” and the trajectory of his life changed forever. He committed his life to Christ, promising, “I will leave no stone unturned in my pursuit of truth.” Earlier in John 14, Jesus says, “I am the way, and the truth, and the life.” This verse has become the cornerstone of Zacharias’s ultimate mission as a Christian apologist and evangelist: to present and defend the truth of Jesus Christ that others may find life in Him.

As a speaker at the inaugural International Conference for Itinerant Evangelists with the Billy Graham Evangelistic Association, Zacharias began to seriously consider the critical need of apologetics to remove the intellectual and existential barriers that kept many skeptics from considering the truth claims of Christ. A year later, he founded Ravi Zacharias International Ministries (RZIM). Zacharias earned his undergraduate degree from the Ontario Bible College and his M.Div. from Trinity International University, as well as receiving multiple honorary doctoral degrees.

Ravi remains committed to his calling to represent the Gospel of Jesus Christ through historical, philosophical, and moral foundations and to defend it against objectors with grace, clarity and coherency. Ravi has authored or edited over 25 books in the fields of theology, apologetics, comparative religion and philosophy. Zacharias lives in Atlanta with his wife, Margie, and they have three grown children.